My 5-year-old LOVES worms. She is scared to death of most creepy crawly things, spiders in particular, but she practically turns the worms in our yard into pets. They come second only to roly polys. I get it. There is just something about digging around in the dirt and discovering little critters that is so enjoyable and satisfying. Turns out this love of worms also runs on my husband’s side of the family, because I recently discovered his grandmother has her own “pet worms”, or worm farm as she more aptly describes. 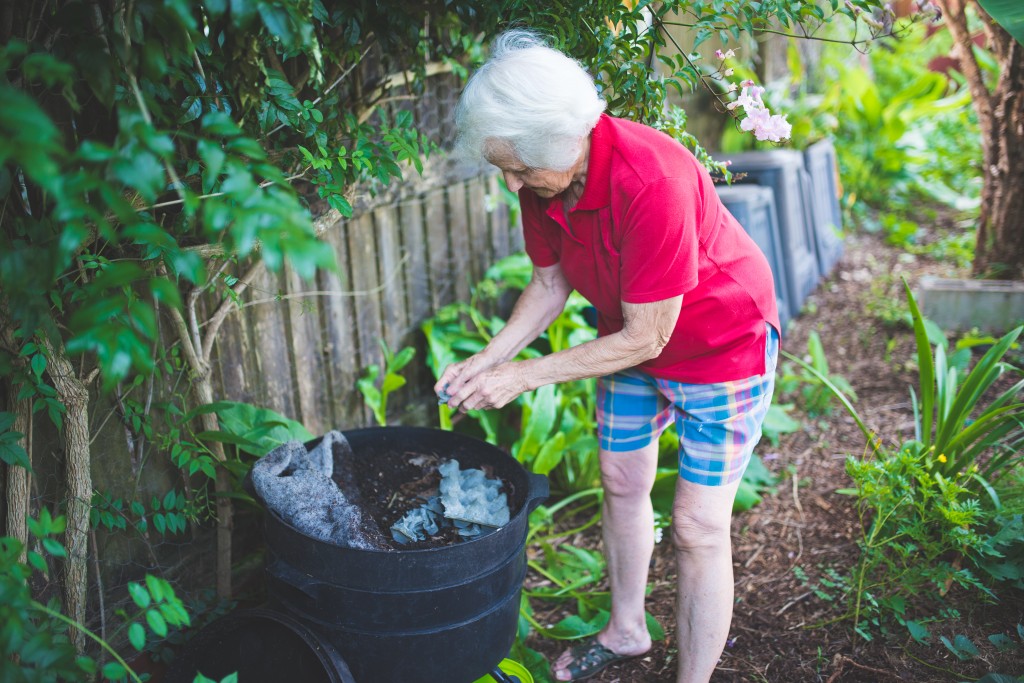 Marj and her worms.

Marj’s worm farm is all the way in Australia, but we visited my in-laws earlier this year so we had a chance to check out her worms for ourselves. Over the years Marj has turned most of her yard into an organic garden full of gorgeous flowers and tasty fruits and veggies. It puts my backyard to shame. Really it would put anyone’s yard to shame, so I should have known right away that she was onto something when she started talking about worms. Unlike my 5-year-old who simply enjoys collecting and talking to worms, Marj puts them to work.

Worms are great decomposers, and what needs decomposers? OK that’s a trick question, technically worms are detrivores and EVERYTHING needs decomposers and detrivores. They do super important work – remember the food web you learned in grade school – Producers, Consumers, and Decomposers? Producers are plants that make food with the energy from the sun and are eaten by the Consumers (herbivores, carnivores, and omnivores). Whenever anything dies or is pooped out, the decomposers break down the nutrients and return it to the soil to be used by more Producers. Does anyone else hear the “Circle of Life” from The Lion King in your head right now? 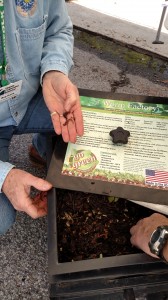 Worms at work in Hampton Roads.

OK that is grossly simplified but back to my original question…COMPOST needs decomposers! Decomposers break down organic materials (like kitchen scraps) into more stable and non-smelly compost that is full of nutrients and can be used as a fertilizer and soil amendment. Microorganisms are also decomposers, but worm composting, or vermicomposting, can get it done faster than microorganisms alone. Instead of throwing your organic material into a compost pile or bin, you feed them to your pet worms and after happily feasting on your leftovers and lawn trimmings, they do what we all do. They poop. But this isn’t just any poop. The material that passes through the gut of a worm is called a worm casting, and according to Moose Hill Worm Farm, worm castings are made up of bacteria, enzymes, remnants of plant matter, and animal manure that create water-soluble plant nutrients that contain more than 50% more humus than what is normally found in topsoil. And get this – worms can process their body weight in food each day, so a pound of worms can process a pound of kitchen scraps EACH DAY. Not only are you keeping kitchen and yard waste out of landfills, you are performing the ULTIMATE type of recycling: turning waste into a resource!

Here are a few resources and tips to get you started:

1. For information on how to make your own vermicompost and care for your worms visit the Virginia Cooperative Extension’s Vermicomposting site.

2. The Norfolk Botanical Garden offers Worm Composting workshops where you can get everything you need to make your worm bin – including the worms!

3. Moose Hill Worm Farm in Gloucester sells worm castings and has a blog with information and tips on how to use worm castings.

4. Worms do not do well in temperatures above 85 degrees Fahrenheit, so make sure to keep your worm bin in a shady spot during our hot summer months.

5. In addition to the worm castings, you can also get a nutrient-rich liquid fertilizer by draining your worm bin into a bucket.